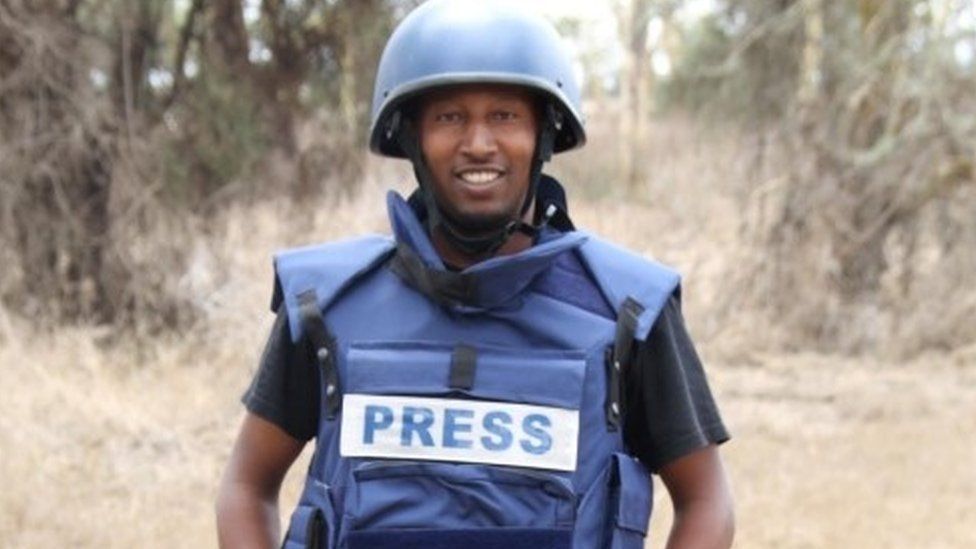 Reuters news agency has condemned the arrest of its cameraman Kumerra Gemechu in Ethiopia, saying no reason has been given for his detention.

His family said police handcuffed and took him away from their home in the capital, Addis Ababa, on Thursday, and seized his phone and computer.

Police have not yet commented.

Mr Kumerra, 38, covered the conflict in Ethiopia's northern Tigray region, but it was not clear whether his arrest was connected to his work, Reuters said.

His family said flash drives and papers were also seized during his arrest by about 10 armed officers, the agency reported.

According to Reuters, Mr Kumerra has worked for the agency as a freelance cameraman for a decade. His detention came almost two weeks after two Ethiopian police officers assaulted Reuters photographer Tiksa Negeri, the agency added.

"Journalists must be allowed to report the news in the public interest without fear of harassment or harm, wherever they are. We will not rest until Kumerra is freed," Reuters editor-in-chief Stephen Adler said in a statement.

'Daughter clung to detained dad'
Mr Kumerra was taken away by police in front of his wife and three children, Reuters quoted his wife Hawi Desalegn as saying. She added that his eldest daughter, aged 10, clung to him screaming as he was led away.

Mr Kumerra appeared at a brief court hearing on Friday where no lawyer was present. A judge ordered his detention for a further 14 days to give police time to investigate, his family said, according to Reuters. He has not been charged.

The US-based Committee to Protect Journalists (CPJ) said Mr Kumerra's detention was "the latest example of how press freedom is fast eroding under Prime Minister Abiy Ahmed after a short-lived hope of reform."

The government denies it is clamping down on press freedom.